SEOUL, Oct. 16 (Yonhap) -- South Korea's government has been acknowledged as having the most advanced digital capabilities among Organization for Economic Cooperation and Development (OECD) countries, the Ministry of Interior and Safety said Friday, citing an OECD report.

The country ranked No. 1 among 33 countries surveyed for "Digital Government Index(DGI): 2019," the first-ever report published by the OECD that measures the level of digitalization, efficiency and transparency of public sectors of 29 member countries and four non-member countries.

A total of 33 countries were surveyed from 2018 to 2019 and data were not available for a few countries, including the United States, Australia, Switzerland, Hungary and Mexico. 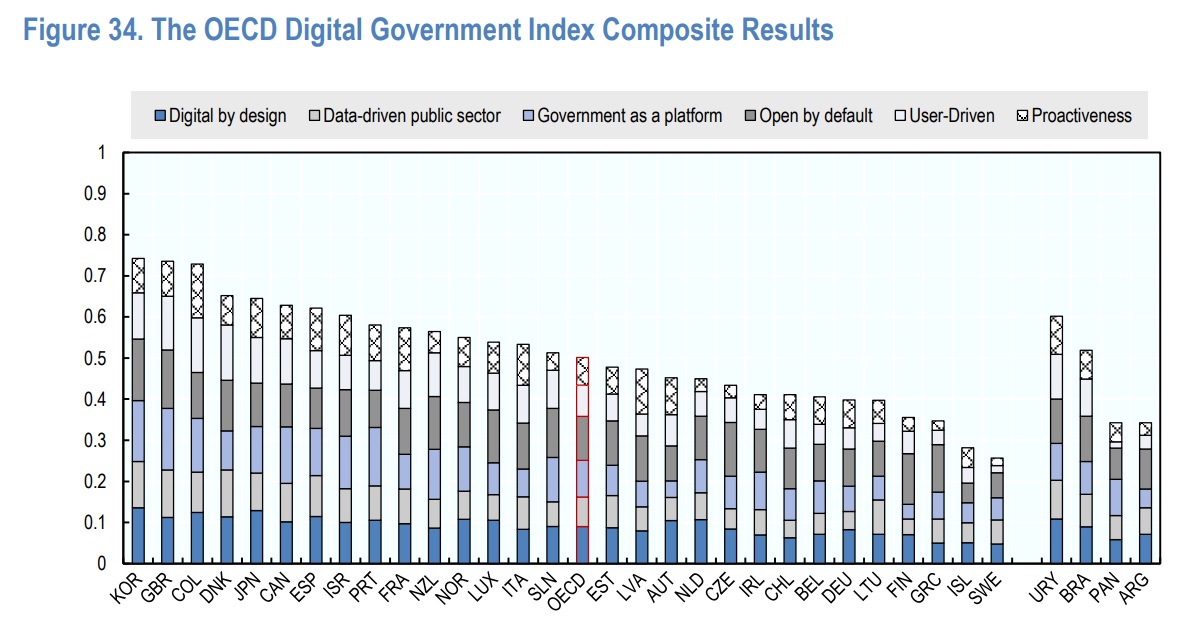 The overall score combines the results of six different dimensions -- digital by design, data-driven public sector, government as a platform, open by default, user-driven and proactiveness.

The country received the highest scores in two dimensions, digital by design and open by default, which measure the integration of digital technology with existing governing processes, and the level of openness of the government's data, system and policy-making processes, respectively.

"The solid performance" of high-ranking countries, including South Korea, "shows the extent to which digital government policies are embedded at the core of broader policies with overarching reform efforts consolidated across several administrations," and that they "have worked to build long-term foundations and strategies as a basis for digital transformation," the OECD said in the report.

Interior Minister Chin Young said in a press release, "The government's innovative efforts to promote the digital transformation of the public sector have been internationally recognized … (The government) will try to continue to enhance its digital capability in order to lead in the post pandemic era.